Heck yeah, these are great.

Despite the many concerning looks I’ve gotten from friends and family members, I cannot help but indulge my slight addiction in all things true crime. I can easily list of my “favorite” serial killers (while making it clear I absolutely do not condone or idolize them) as well as go into absurd detail on crimes people have never even heard of before. One of my favorite ways to support this habit is by constantly listening to a podcast. Whether you simply haven’t mastered the skill of watching Netflix and walking to class at the same time or you just can’t wait until you get back to the dorm, podcasts are the often-overlooked solution you need for getting your crime fix. Which is why I’ve decided to share my top podcast recommendations. 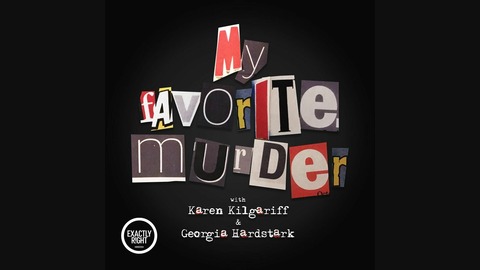 Chances are, if you were to look up any “Top True Crime Podcasts” list, My Favorite Murder will be on there, and this one is no exception. The reason for this isn’t too clear, as the MFM Podcast is everything true crime shouldn’t be. It’s lighthearted (i.e. full of vulgar jokes), the hosts tend to go off on tangents that can last between 3 and 30 minutes, and sometimes the details about the crimes aren’t even accurate. But strangely, it works.

In the gritty and depressing world that is true crime, you need outlets that don’t take themselves too seriously and that you can catch yourself laughing out loud to. While hosts Karen Kilgariff and Georgia Hardstark are far from professional researchers, they do try their best to be respectful and relatable, which in this case is enough. And what’s the harm in collecting a few pithy quotes, like “Stay Sexy, Don’t Get Murdered” or “You’re in a Cult, Call Your Dad”, if they distract you on those nights when every bump reminds you of Jack the Ripper or Ted Bundy.

If you’re looking to impress, and maybe even concern, your friends with the amount of serial killer facts you can list off—then My Favorite Murder probably isn’t for you. But, if all you’re looking for is some quick entertainment that won’t send you in a downward spiral for the rest of the day, then I can’t recommend it highly enough.

Casefile is the exact opposite of My Favorite Murder, but again, this podcast makes it work. The work put into this podcast, in terms of research and fact-checking, is truly astounding. In fact, the host’s name is never even revealed as it’s deemed irrelevant to the telling of the cases. All listeners know about him is that he is dedicated to telling the stories of victims and survivors alike.

The cases are non-America centric, and tend to take place in Australia, given that that is where the host is from. This adds an extra layer to the platform, as it consists of incidents that most of us have probably never even heard of before. (On a personal note, I find that nothing eases the gruesome details of crime than an accent.)

While the episodes of Casefile are expertly researched and produced, it does tend to fall a tad monotonous, making it difficult to binge-listen. However, it is perfect for those times when your mind might otherwise wonder, such as when you’re walking to class or sorting through your ever-growing pile of laundry.

In the immortal words of Hannah Montana, True Crime Garage is “the best of both worlds”. It has the factual accuracy and the colloquialisms, making it the appealing choice to many audiences.

Similar to My Favorite Murder, the format of the podcast is structured as two friends who have gotten together for everyone’s favorite casual discussion topic—horrific crimes. Spanning from conspiracy to murder, the show covers just about every topic under the umbrella of true crime. It also has the research to back it up, making it an actually reliable source of information. Episodes tend to consist of news clips, lighthearted jokes, statistical analysis, and casual speculation along with much more.

The only downside to this is that while the show possesses the positive qualities of other podcasts, it can also fall victim to the same pitfalls. The hosts have tended to veer off topic, dedicating blocks of time to tangents that seemingly don’t relate to a specific case at all. The formulaic nature of the episodes can also result in them bleeding together, which becomes more noticeable after excessive binge-ing.

True Crime Garage is a great example of what a podcast should be. It’s works both for listeners who have a casual interest in the world of crime, as well as those who feel they’ve heard all the same stories before.