Picture the scene: it is a warm evening in late September on the Fordham University campus (preferably Rose Hill––though Lincoln Center does just as well for this scenario, I suppose). You are coming home from your latest outing––a class, perhaps, or a trip to the grocery store for some much-needed sugary cereal and mediocre coffee grounds. Suddenly, at exactly 5:47 PM, you hear your phone beep. Curious, you pull your cellular device out of your pocket to see that an unread email from the Office of the President sits in your inbox. Trembling, you open it up, and nearly faint on the spot at the news it contains––Fordham has dropped nine spots in the U.S. News & World Report university ranking.

Sound too dramatic? Not according to Fordham’s administration, whose nine-paragraph-long email response to the matter treats Fordham’s slump in 2019 college rankings like a 21st-century version of the Hindenburg disaster (oh, the humanity).

Fordham’s email, signed and presumably penned by university president Father McShane and sent on September 10th, details Fordham’s uphill climb and sudden downfall in the world of college rankings. Among other ranking citations, it mourns the loss of its number 61 spot in the USN&WR last year, and optimistically reminds the student body that their theater program is still number 1 according to a so-called “widely read [theater blog] in the theater community.”

For most young adults including myself who’ve undergone the American college application process, rankings likely conjure up bitter memories of being a high school junior and senior. Remember those long hours of researching universities, consulting every source from Reddit to College Confidential to make sure that the school you chose was “the one”? I personally try not to, but here Fordham’s administration is trying to remind us all that for some reason, we should care deeply about the opinions of people who don’t even know us and have never attended Fordham. 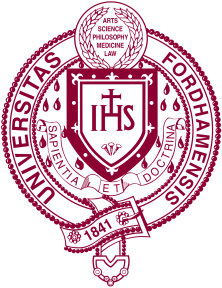 A plethora of studies and scholarly articles have come out over the years detailing exactly how and why college rankings like the U.S. News & World Report’s are bogus and are not adequate evaluations of our country’s schools.  The Atlantic, for instance, published an article in 2013 that really hits the nail on the head when it comes to the inaccuracy of so-called “respected” college rankings, stating that “a very substantial chunk of an institution’s ranking comes not from any hard data but from a “reputational” measure, in which U.S. News solicits “peer assessments” from college presidents, provosts, and admissions directors, as well as input from high-school counselors.” Another, extremely well- written 2011 article from the New Yorker says just as much. The U.S. News & World Report, for its part, attempts to defend itself by claiming that it is completely objective, and “[does] not tour residence halls, chat with recruiters, or conduct unscientific student polls for use in [its] computations.” What these pieces of information tell me is that there really is no way to tangibly prove that one college is better than another. The “hard data” that the U.S. News & World Report claims to use in its calculations includes Pell Grants, graduation rates, faculty resources, class sizes, selectivity of admissions, financial resources, alumni donations, high school class standing, and standardized test scores. These statistics seem objective on the surface, but are truly, themselves, meaningless. The SAT, for instance, only measures one’s ability to take a test, and not how intelligent, perceptive, resourceful, or creative a student is. In addition, SAT exams are taken in high school, not in college. Are you suggesting that students don’t change between the time they take their SATs and the time they attend college? Why, then, is it even a factor in calculating college rankings?

Given all of this, why attribute such importance to the U.S. News & World Report, or any other ranking for that matter? And even more importantly, why is this information being sent to current Fordham students? We’re already here. We’re already staying. Those of us planning to transfer probably decided that long before we even caught wind of what the U.S. News & World Report had to say about Fordham. Not to mention that rankings have so little to do with transferring––most students I’ve talked to who have either transferred or expressed a desire to do so cite reasons such as not fitting in with the student body, being too far from home, or not being satisfied with a particular program from personal experience. We know, at this point, that it is what we make of our university––and not what others with so-called “authority” on the subject think of it––that will ultimately dictate how good a school is. And isn’t that really what matters? That students decide things for themselves based on what they know, and not on what other people tell them is good or bad? I am not a naive girl. I know damn well how much importance people attribute to these rankings. But why contribute to it?

You also talk about the rankings of “universities [you] track”, such as the University of Georgia, Texas A&M, University of California Santa Cruz and University of Massachusetts Amherst. Why in God’s name are you tracking any universities’ progress besides Fordham’s? Those universities’ progress is completely irrelevant to the quality of Fordham’s education. Why can’t you focus your energy on Fordham’s progress and on what Fordham students and staff think of the school? You know, the actual people who go to Fordham and know what it’s like first-hand? What you ought to be doing, rather than obsessing over vain and arbitrary college rankings, is listen to the feedback your own students and staff are giving you. Students and staff alike have been complaining for years about various aspects of the university, as you most definitely are aware of. Why don’t these opinions get as much deference as that of the U.S. News & World Report?  This is what you should be paying attention to––not the feedback you receive from a committee of people with standards and criteria so complicated that you need to formally meet to decipher the ways they came up with their college rankings.

In conclusion, Father McShane––if I may address you directly––I think that you and the administration are doing the Fordham community a disservice by even addressing these rankings in school-wide emails like you just did. By doing so, you are promoting the dangerous mindset that rankings are what make a university great, that a committee of random people who for the most part have never even set foot on Fordham’s campus, much less attended it, actually have an important say in whether or not Fordham is a good enough school for someone. Rankings are not what makes a university great. It’s what it teaches it students and the opportunities and lifestyle choices it encourages them to take that will make it so.