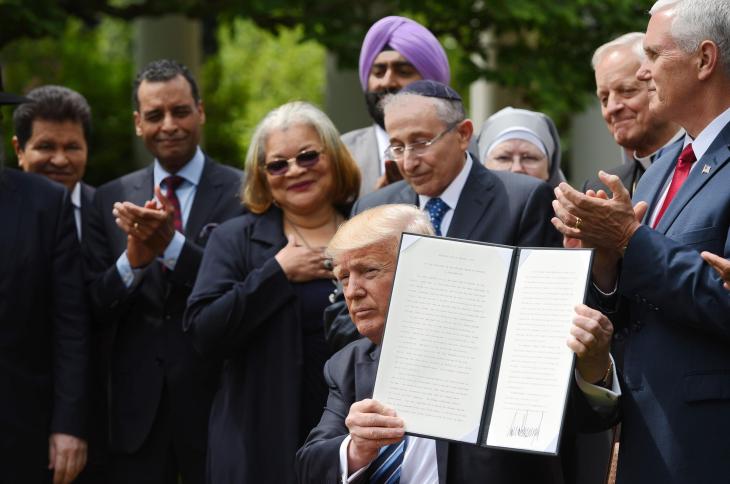 On Thursday, President Trump signed an executive order which increases freedom for church and religious organizations politically.  This order instructs the IRS to not go after tax-exempt religious organizations who are carrying out political activities.  However, these groups still cannot endorse candidates for office, or oppose other candidates as the order still upholds the rules of the 1954 Johnson Amendment. However, there is much more leeway in regards to a multitude of other political activities, as the order prevents further restrictions. A part of the order also provides assistance to organizations which object to certain parts of the Affordable Care Act. Technically, tax exempt groups, such as religious organization, cannot actually take political action, however these rules have always been flimsy.  This executive order makes it easier for these groups to take these actions. While it is not as sweeping a piece of legislation, (it should be noted that a previous draft of the order, which was leaked to the press, showed much more extensive rules that would benefit these groups), this act is a symbolic one that shows that the administration desires to further support religious groups. 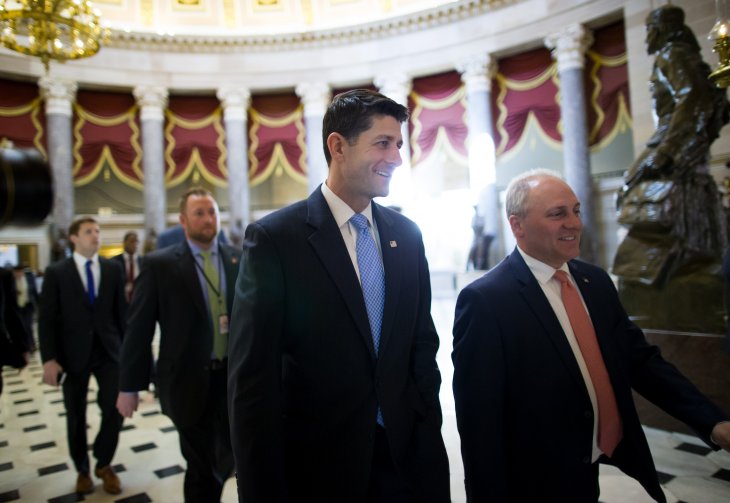 On Thursday, continuing their efforts to repeal and replace the Affordable Care Act, House Republicans narrowly passed the American Health Care Act. It was an intense week of negotiations from Republican leaders and the Trump administration, as they attempted to drum up support from the Republican party who remained split on the Healthcare act.  217 representatives voted Yea for the bill, against 213 who voted Nay. 1 representative did not vote. The bill needed 216 votes to passed, meaning that they barely scraped by getting the bill through.  All the representatives who voted Yea were Republican.  All 193 House Democrats voted Nay. They were joined by 20 dissenting Republicans. The representative who did not vote was Republican. The bill still has to go through the Senate, where many believe it will face even more opposition and struggle, as Senate Republicans remain even more divided than House Republicans. President Trump, as well as other Republican leaders, expressed full confidence that this legislation will pass successfully through the Senate, and will not end in failure like the previous attempt at passing the AHCA.

Breakdown of How House Representatives Voted on the Healthcare Bill 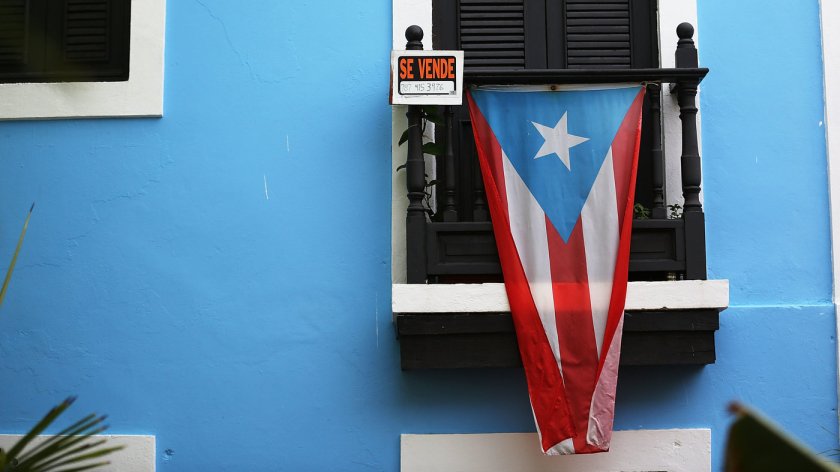 Puerto Rico declared a form of bankruptcy this week, marking  the first time an American state or territory has ever had to file for bankruptcy relief. It is estimated that Puerto Rico is approximately $123 billion in debt. To put this in perspective, when Detroit filed for bankruptcy in 2013, they were $13 billion in debt. Under President Obama, legislation was put in place in order to help territories restructure their debt. Given this legislation, how did Puerto Rico get this bad? Puerto Rico has been experiencing a stifling recession since 2006, and historically territories were never allowed to file for bankruptcy relief. In addition, Wall Street bankers have been buying up the island’s bonds at a discount and pocketing the high interest charges. Currently, President Trump does not believe in providing a bailout to Puerto Rico.  The administration’s intent to deny this assistance puts the territory in an even more difficult position, since it does not belong to any state, and is technically sovereign despite its reliance on the United States. Due to this technicality, in the legal proceedings that will follow Puerto Rico’s predicament will not formally be called a bankruptcy. 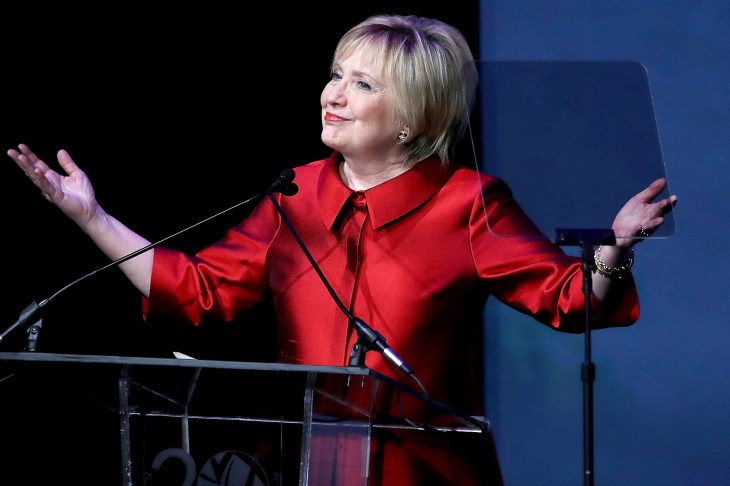 Hillary Clinton is Back and She Has Some Things to Say

Hillary Clinton is back in the spotlight after a long silence and isn’t pulling any punches. On Tuesday, at the Women for Women International Luncheon, Clinton said she blamed FBI Director James Comey for her loss, saying that “if the election had been on October 27th, I would have won.” Comey wrote a vague letter to Congress that the FBI had found new emails that seemed pertinent to the election. Yet, nothing ever came of these allegations besides more distrust and confusion in Clinton and her campaign. Despite this, Clinton says she acknowledges her own mistakes during the campaign and is ready to step back into the political spotlight as “an activist citizen- and part of the resistance.” Currently she is in the process of writing a new book. As well, Politico reports that in the coming week she should be announcing a new political group rumored to be called “Onward Together.”