We apologize for the lateness of this report.  While we plan on publishing every Tuesday and Friday, sometimes life gets in the way.

President Trump’s Budget Proposal Shows Cuts Across the Board

On Thursday, President Trump released his administration’s budget proposal. The budget features a wide-ranging series of cuts across several governmental organizations. Most impacted is the Environmental Protection Agency, who under the current proposal would see its funding cut by over 30  percent, with the elimination of 50 programs within the agency.  The administration also intends to eliminate arts and cultural agencies, including the National Endowment for the Arts and Humanities, which stations such as PBS fall under, and the Corporation for Public Broadcasting.  The State Department would be cut by a little under 30 percent, including a reduced funding for United Nations organizations. The Department of Health and Human services has been cut by a little under 20 percent.  This eliminates programs designed to train health workers.  There are many more major and minor cuts in the budget.  However, the defense department was given an almost 10 percent increase.  The proposal has come under fire from both sides of Congress.  On the Republican side, this budget cuts key sectors of government that are part of their interest.  However, Republicans do praise the increased spending on the military. At the same time, Democrats naturally are opposed to the budget, given the areas where Trump wishes to decrease spending.  Many Democrats are especially perplexed that the budget completely eliminates funding for the arts and cultural agencies.

What Trump cut in his budget

On Thursday, right before President Trump’s new revised Muslim ban was intended to go into effect, two separate judges made different rulings in order to block it nationwide. On Wednesday, United States District Judge Derrick Watson from Hawaii temporarily halted the ban, intending the EO to be passed on to higher courts. When the original Muslim ban from January went through to the higher courts, they upheld the lower districts ruling, creating a precedent for Watson’s action.  At the same time, U.S. District Judge Theodore D. Chuang ruled against the provisions restricting travelers on Thursday. On Wednesday, Trump heavily criticized Watson for blocking his order, expressing his views during a rally with his supporters. Trump declared that he would make sure this ban is enacted, and expressed confidence the bill would pass muster. However, many believe that Trump’s comment that the current ban is “watered down version” of the previous banned executive order puts the legal precedence for the current ban in jeopardy.

On Wednesday, the Department of Justice announced its ruling for two russian spies and two hackers.  Spies are Dmitry Dokuchaev and Igor Sushchin, together with hackers are Karim Baratov and Aleksey Belan worked for the Russian intelligence agency known as the Federal Security Service (FSB).  The Russian government hired the hackers independently. The Russian Government claims they were not involved in the hacks, and discuss that they learned of the charges through the news, not official channels.  In 2014, the accused allegedly stole 500 million user accounts from Yahoo’s email service. They also hacked in 18 other users accounts for other services such as Google.  At the time, this was considered  the largest data breach in history.  The Justice Department charged these 4 with hacking, fraud, theft, and economic espionage. This ruling is part of a larger case against Russian hacking in general, and have nothing to do with the DNC hacking of 2016, an issue still being dealt with. 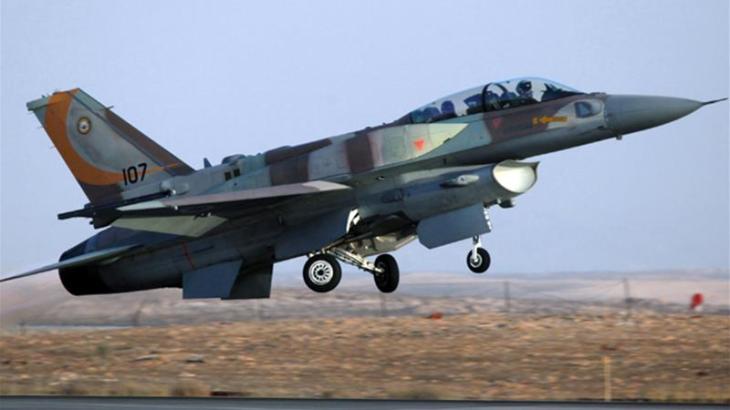 On Thursday Night, the Israeli Air Force fighter jets carried out a series of bombings in Syria, reportedly near the site of the ancient city of Palmya.  This bombing is strange, and doesn’t fit with Israel’s usual operations. The country has been known to use fighter bombings to thwart Hezbollah.  In retaliation, Syrian forces fired many anti-air missiles, with one of the missiles being intercepted by Israeli missile defense system. Syria claims its missiles shot down a Israeli jet. However, Israel denies Syrian claims. This incident is one of the more serious encounters the two countries have had with each other. Israel and Syria have technically been at war since the beginning of the Syrian Civil War in 2011. Tensions at the border between the two countries remain high, however this is one of the few instances in this “war” that Israel has actually taken direct action in Syria.

On Friday, United States Secretary of State Rex Tillerson issued a strong warning against North Korea.  This warning was delivered in a speech that came near the end of his visit to South Korea this week. It was given in Seoul, right after he visited the Demilitarized Zone. Tillerson said that if North Korea takes any action against United States forces or South Korea, military response is “on the table.” He also added that Trump’s administration is abandoning the methods of  Former President Obama in dealing with North Korea, stating that the new administration would be more “harsh,” describing Obama’s policy in regards to North Korea as “strategic patience.” The purpose of the visit to South Korea was to better formulate a new strategy for dealing with North Korea. The Trump administration, as stated in Tillerson’s speech, believes Obama’s policy was ineffective and is therefore looking into alternative policies. .

Rex Tillerson: Military Action Against North Korea Is ‘on the Table’