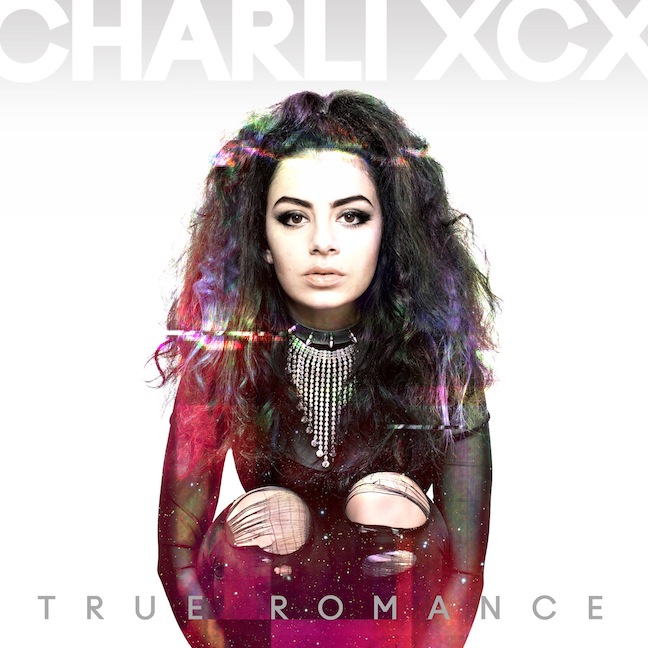 British goth/pop princess Charli XCX fuses electro pop with synth-heavy rhythms and Darkwave inspired beats in her debut album True Romance. The 20-year-old singer/songwriter and producer first achieved fame by penning “I Love It,” the huge hit performed by the Swedish duo Icona Pop. Now fast forward through an EP and a handful of great singles, Charli XCX, aka Charlotte Aitchison, has released a truly innovative album, that’s not afraid to take risks. True Romance begins with “Nuclear Seasons,” which manages to give a nod to the glamour of 80s pop yet conjure up the mystery of some post-apocalyptic vision. It’s followed by “You (Ha Ha Ha),” a smooth and melodic ode to an asshole ex interrupted by reverberating laughter, “You, you lied / HA HA HA HA / I was right / All along / good job, good job / You fucked it up.”

Charli XCX solidifies her position as one of the most unique sounding female pop artists with “Cloud Aura,” featuring the manic rapper/stripper Brooke Candy. The futuristic track includes some classic hip-pop inspired beats and a music video that perfectly displays her wannabe teen rebel, Tumblr-inspired aesthetic. My favorite song on True Romance is “What I Like,” a love song that describes that kind of awesomely chill relationship everyone hopes for, matched by the equally groovy rhythms. “And when the clouds part open/ When the last word is spoken/ When the last heart been broken/ We’ll be sitting in your bedroom still smoking.” True Romance ends with the trippy 80s high school dance of “Lock You Up,” the perfect ending to an album that feels like a synth-fueled dream.

Some may say it’s “better safe than sorry,” but Charli XCX doesn’t play it safe. In the end her creativity and talent shine through to produce an album that raises a middle finger to traditional pop and paves the way for a much more experimental genre.