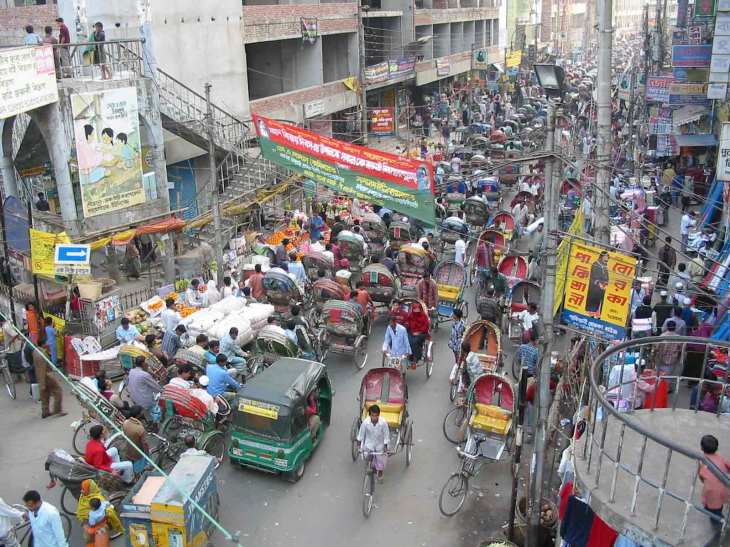 Believe it or not, New York City has the highest Bangladeshi population outside Bangladesh itself. The Bronx alone is home to some 7,000 Bengali, and on Sunday April 7, a small but significant portion of those 7,000 arrived at Holy Nativity Church for an evening of remembrance.

The event was orchestrated by the Bangladeshi Cultural Association of the United States, a group that has been around since Bangladesh became an independent nation in 1971. The group’s president, Ansar Chowdhury, along with many other members present that night, emphasized the organization’s desire to promote their support of the democratic process and human rights. The BCA additionally hopes that their presence in the United States will help the Bangladeshi become a more secular people. However, that night, the Bangladeshi’s main priority was increasing the awareness of problems back in their home country.

In March of 1971, East Pakistan began its fight for independence from the oppressive West Pakistan under the leadership of Sheikh Mujbur Rahman. Forces from West Pakistan retaliated mercilessly, and the violence that ensued is now classified as genocide. The number of innocent victims from East Pakistan ranges anywhere from 300,000 to as many as three million. An estimated 200,000 East Pakistani women were also raped during the ordeal. The fighting continued for nine months until India intervened and helped negotiate a ceasefire. In spite of it all, East Pakistan achieved the independence it sought and became the sovereign nation of Bangladesh.

It has been 42 years since this violence occurred, but war criminals from those 9 bloody months are only being put on trial now. Bangladesh established the International Crimes Tribunal in 2009 as a way of finding those responsible for the atrocities in 1971 and punishing them. Nine suspects have been indicted, and, so far, three have gone to trial and one has been sentenced to death.

Many Bangladeshi, like those present at Holy Nativity Church, are thrilled that justice is finally being served and that their country can move on from this tragic chapter of their nation’s history. However, the success of the ICT has not received universal praise. Jamaat Ul-Islam, a small sect of the Muslim faith, have actively condemned the actions of the ICT and vocalized their support of those on trial. The group has even resorted to violence, most notably on December 4, 2012, when Jamaat students began attacking police during a protest.

The negativity demonstrated by Jamaat Ul-Islam is only making this important process more difficult for Bangladesh, and all others who support human rights. For this reason, the BCA strongly emphasized the importance of getting further support from the American media on this issue during their gathering on April 7. The United States has been supportive of the ICT, an BCA members cannot stress the importance of American support enough.

Only time will tell how much the American media can influence the democratic process in Bangladesh. In the meantime, the BCA will continue its mission to mobilize people in their mission towards secularism and human rights.