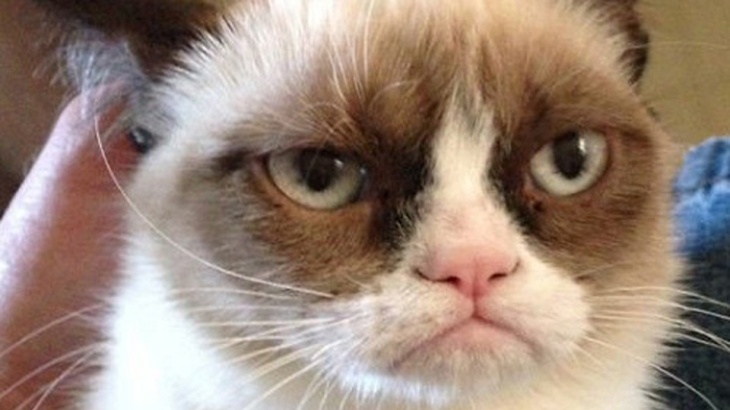 1. Cats
Cats are the worst. This is mostly because you wish more than anything they could just be cool like dogs, like, just this one fucking time. I want to get to know you, have you excited for me to return home, pee out of pure bliss just to see me. Instead you take what is meant as a touch of affection and reject my humble hands, not with dignity or respect, but in a fit of clawing, scratching and gnawing. Unless you are hungry, at which point you turn into the neediest motherfucker on the planet. The only good cats are on the internet.

2. Squirrels
I’ve spent many days watching in vain as the majestic squirrels scatter from my gaze. They can sense how much I would like to pet them, be with them, be one of them. They mock me with their beady stares from the girth of their mighty tree homes, knowing that I am not, and never will be, one of them. All I ask for is a meager pat. Possibly I’ll feed you a french fry. But nay, the threat of rabies, combined with my lack of nimble tree climbing agility, prevents our friendship from blossoming.

3. Seals
When I first heard about those men who club baby seals to death (I don’t know why that is a thing, but it is) all I wanted to do is rescue the little barking babies in a hugging embrace and karate the evil dudes to death. But in reality our love could never be, for seals have fatal bites and bad tempers. Seals eat fish and that shit festers in their teeth until a bunch of toxic bacteria develops and turns an adorable baby seal into a lethal weapon. Baby seals, though not deserving of clubbing, are also not deserving of hugging.

4. Kangaroos
Ay mate, I just wanna feed you a leaf and touch your nose. Is that so much to ask? Growing up watching things like Winnie the Pooh, Rescuers Down Under, and Kangaroo Jack, I’ve always wanted a little marsupial pal. But those rascals are fast as shit and also pack a wallop if you get too close. Kangaroos think they’re too cool to chill with some pouchless commoner, so usually end up hanging out with other Kangaroos and boxing all day long.

5. Bears
Have you ever wondered why they give us bears to hug as kids, when in real life they maul you to death? Koala bears, panda bears, brown bears, black bears, water bears, all bears are awesome, and it’s not my fault I’ve been raised to view you as snuggly. The Downy bear, Little Bear, Bear and the Big Blue House, Winnie the Pooh (again), Yogi, Boo Boo & Cindy, The Berenstain Bears, Smokey the Bear. So many bears, so little love.